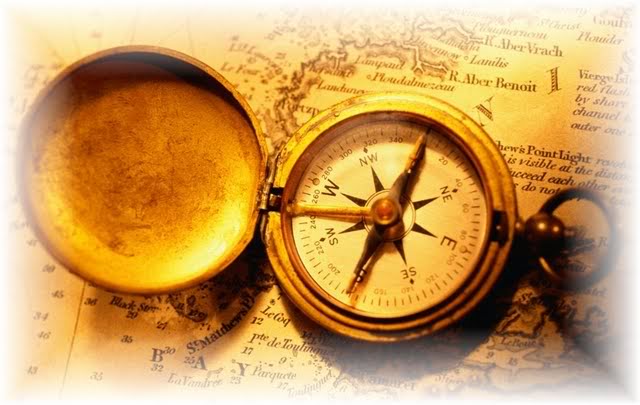 Somewhere around the fourth century the Chinese discovered the properties of lodestone, a naturally occurring magnetic material which if let free to spin would align itself with the earth’s magnetic field. These early compasses were called south pointers because the spoon-shaped lodestone always pointed south.

Tiny instruments they might’ve been but they were the tools that determined a suitable north-south axis for imperial cities. Compasses were used exclusively on land right up until the middle of the Song dynasty when the Chinese began exploring the world by sea.

On water the compass is indispensible…

I have vivid memories of my childhood fascination with experiments and recall one particular instance when I made my own compass. I did so by firstly making a sewing needle become magnetic, rubbing it against an existing magnet (the magnet of a can-opener does the trick perfectly) and then placing the needle in a longish groove cut into a slice of cork floating in the centre of a bowl of water.  The water-bound cork then slowly moves around until it points northwards.

My interest in compasses has increased over the years and I must admit my heart beats a little faster when I’m travelling and am given the opportunity to hold an especially rare example in the palm of my hand.

And what is the liquid inside a compass? (Always travel with a question).
I knew it would have to be viscous. Viscosity measures a fluid’s inherent resistance to flow – We would probably think more in terms of something having the property of being either thick or thin – e.g. water is thin, whereas butter melted in pure dark chocolate is thick, becoming even thicker as it cools. Therefore, the chocolate/butter mixture has a higher viscosity than water.

Mineral oil was the answer I received. Nowadays, a silicone fluid has replaced oil having the advantage that it is clearer, doesn’t discolour and is non-flammable. 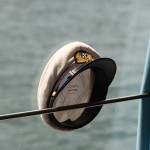 I pride myself my sense of orientation, my navigation skills. Give me a map and I can see the land. Give me a compass and I can find my way home.
And still…

“Half the fun of travel is the aesthetic of lostness.” RB